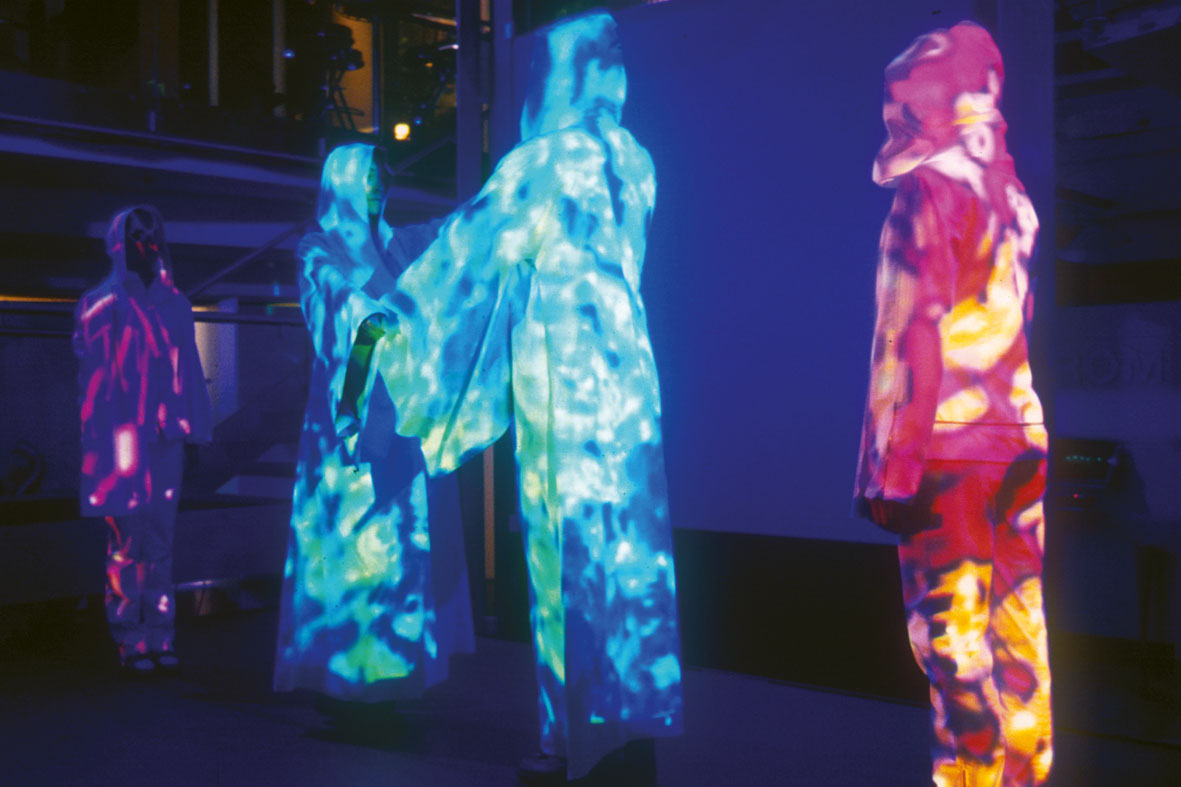 Part of the exhibition "Visions - Good News for Drivers" in the BMW pavilion in Munich have been several performances for different target groups using dynamic projected costumes. The guiding theme of the event was networking. The performance showed the interaction of two “virtual assistants” and two users. 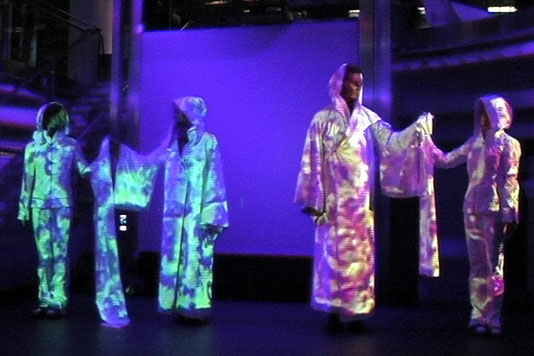 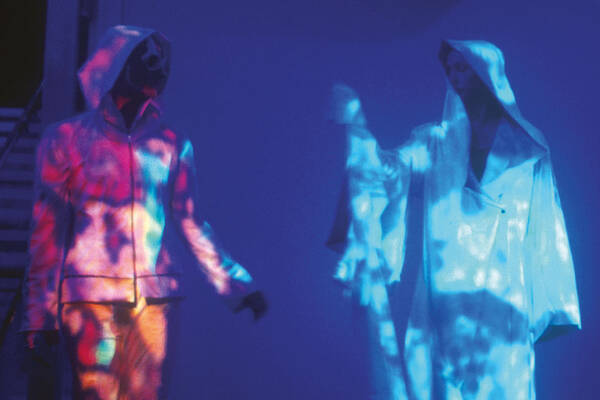