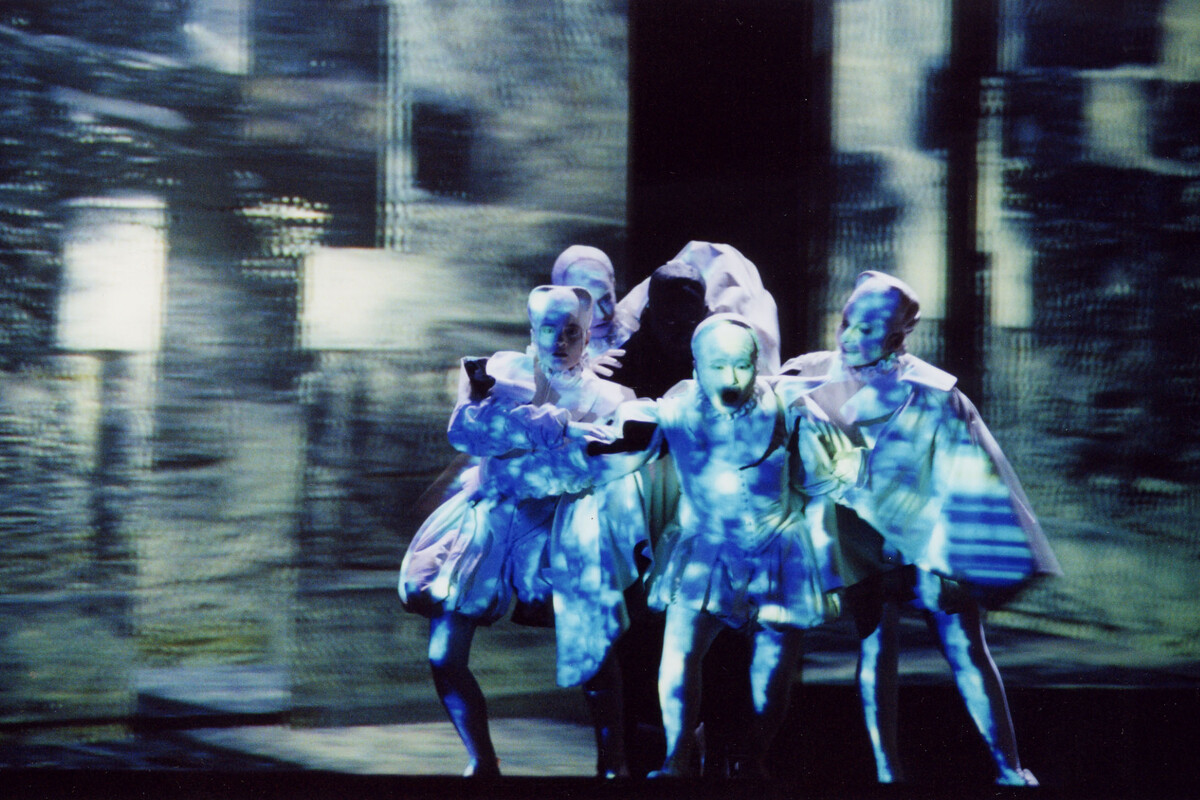 In 1996 André Werner was commissioned by the Munich Biennale Festival, a festival for modern music theatre, to compose a contemporary opera. The opera premiered in 2002. It’s based on the play “The Famous tragedy of the rich Jew of Malta”, written by Christopher Marlowe in 1596. büro+staubach created an interactive stage and dynamic costume design in close cooperation with André Werner during the process of composing. The aim was not to create a high-tech spectacular on stage but to extend the options of the traditional stage and costume design. The set design is projected as a constantly changing virtual architecture. The permanent change of viewing angle creates a spatial effect without the spectators needing additional aids such as 3D glasses or the like. In order to make the virtual space tangible, the body movements of the main actor were coupled with the projection of the virtual space in real time. As a principle of this motion coupling, the pivot of the virtual architecture was placed in the centre of the performer's body. This creates an analogy between the choreography and the virtual space. No fixed performers are assigned to the various roles. Instead, the main actor calls one of four actors up and instructs them which of the 15 character masks they have to go into. In order to make the rapid change possible and to establish a relationship between the actors and the virtual stage space, a method was developed to project costumes onto the actors. In addition to their role as ideological projection surfaces, the actors also become physical projection surfaces. They can move freely, change their role instantly and go through different states in their virtual costumes. A production of the Munich Biennale in cooperation with ART+COM AG and büro+staubach, kindly supported by Simon Penny and Jamieson Schulte. 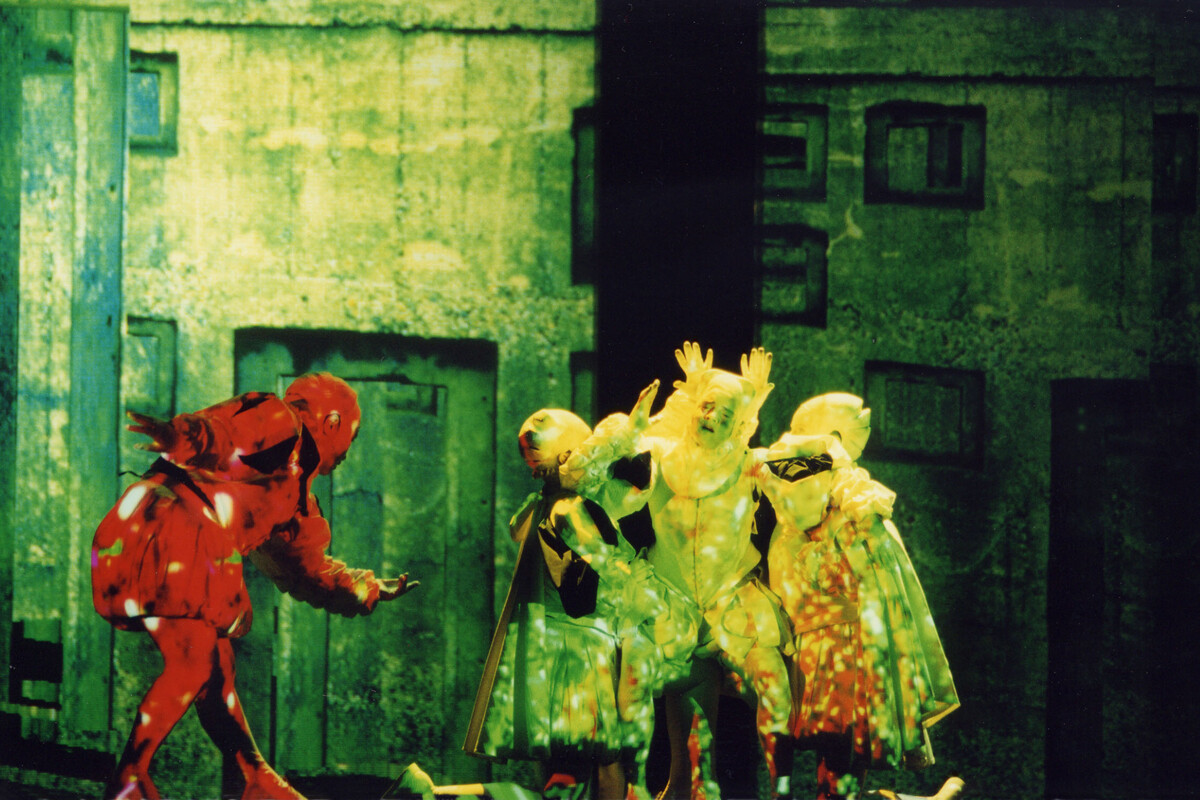 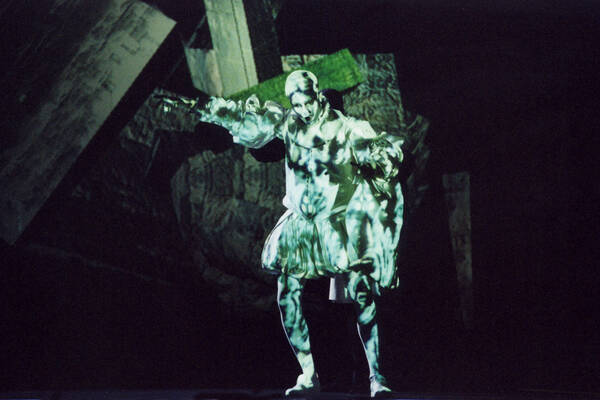 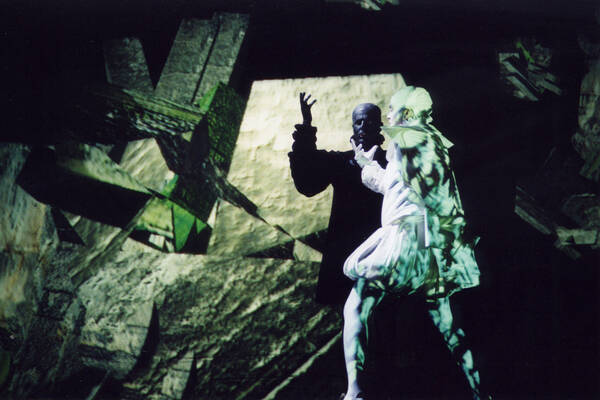 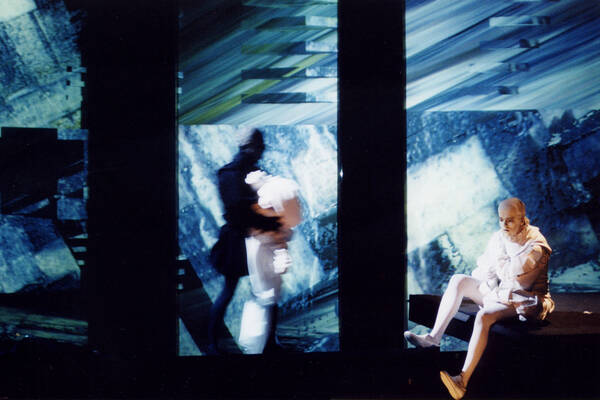 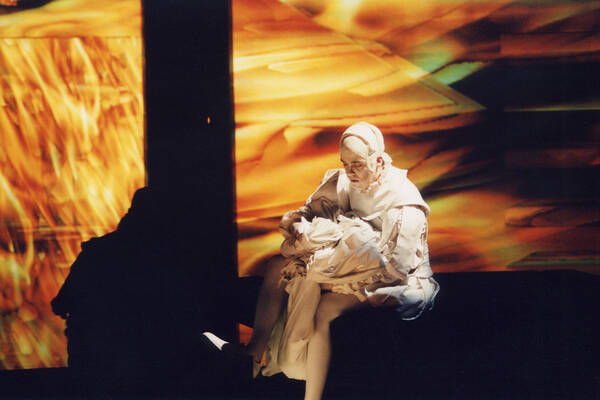 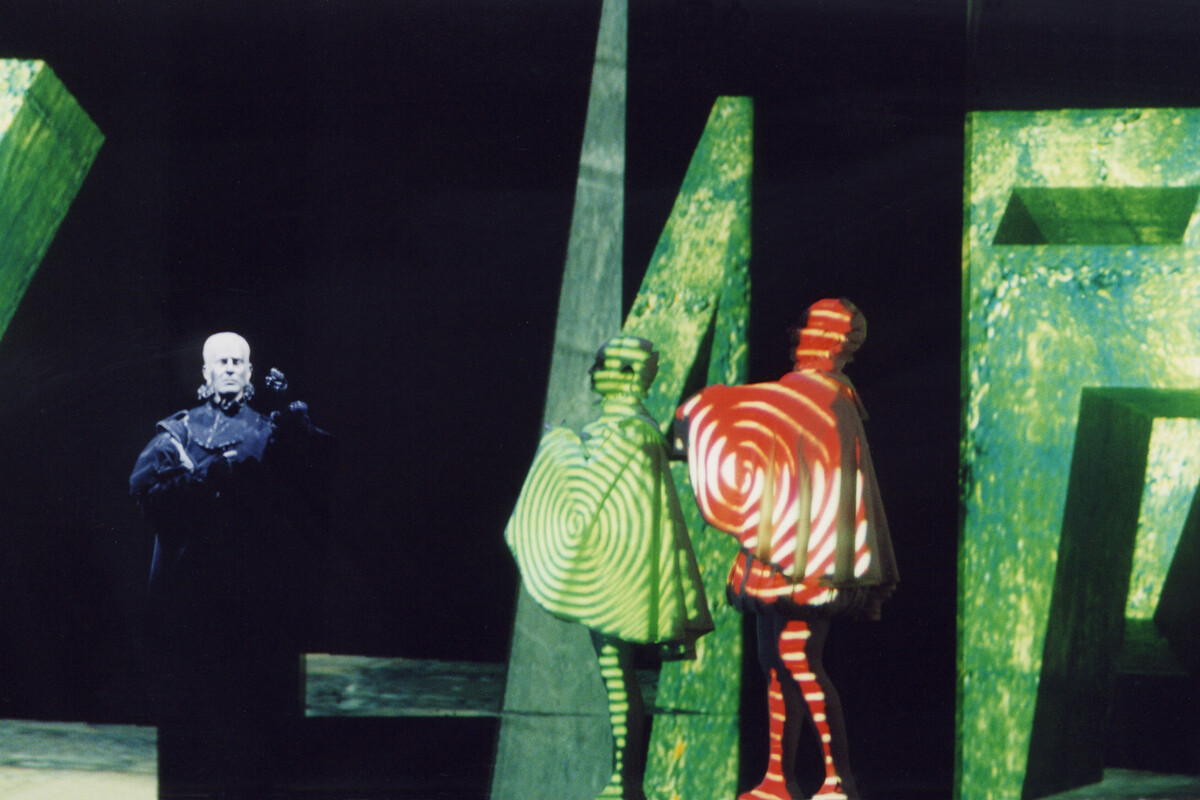 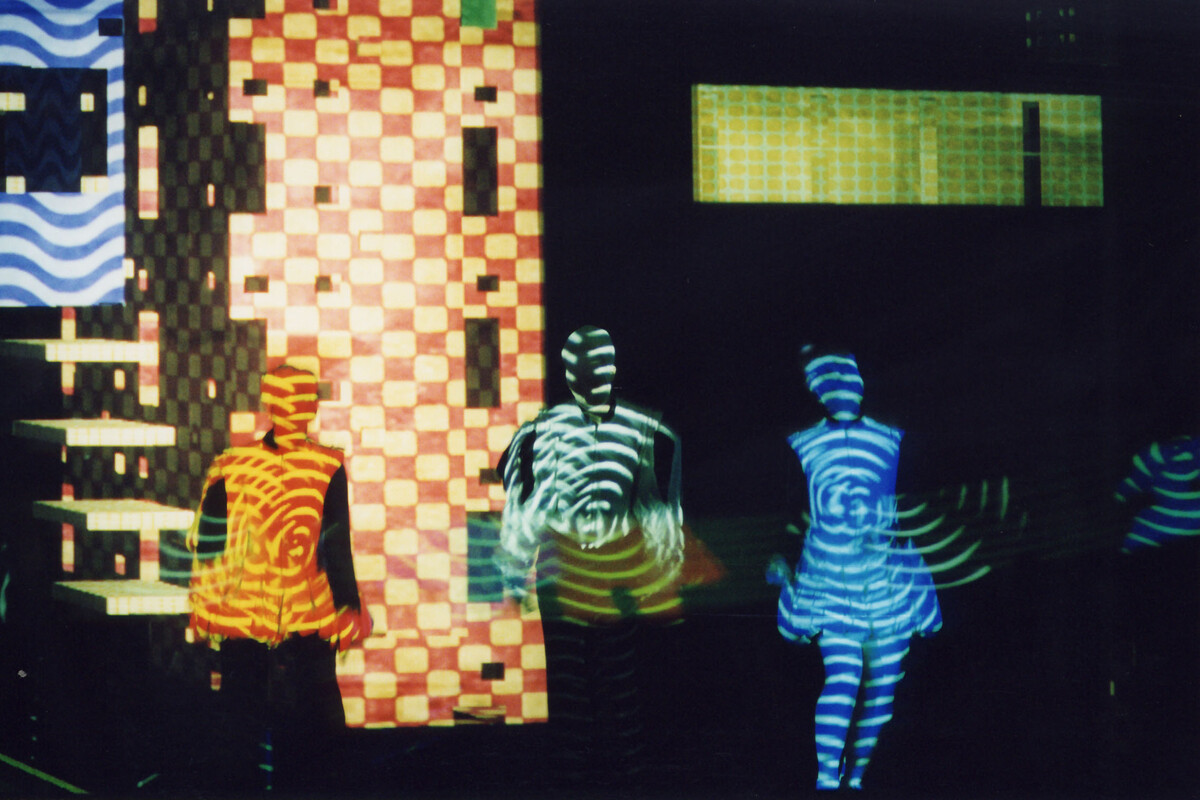